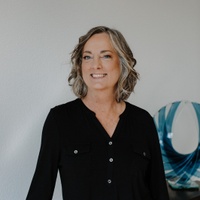 Her career as a nurse was spent in widely varied settings including hospital bedside nursing and Neuro-Neurosurgery floor Charge Nurse; industrial and private duty nursing; as Director of Nursing at a 130 bed Long Term Care facility and Patient Care Manager of a 30+ hospital based Skilled Nursing Facility; in the community as a “case manager” working with injured individuals to bring them to their fullest recovered capacity; and in the claims and medical records review departments at USAA.  Eventually Jean went to work at St. Paul Companies where she traveled a six state territory finding qualified nurses to assist their local injured individuals.  She also offered forensic analysis of medical records and assisted in legal preparation for company cases.  Finally she became a Medical-Legal Consultant and started her own business.  That was when Jeff pleaded with her and convinced her to come to PFS to help him build his dream.  So in late 1995 she joined the firm and learned a whole new business.  Jean is the office manager and wears many hats.  Her wealth of knowledge in the medical arena has been utilized by PFS in numerous ways including analysis for all types of insurance policy underwriting, in medical and long term care claims, and the processing of death claims.  She has her securities Series 6 registration and Health, Disability and LTC insurance licenses.

In her spare time Jean enjoys reading and golfing, but nothing gives her more pleasure and joy than seeing and spending time with Neil and Kendra’s Nolan and Naomi, her two grandchildren who call her “Tutu”, Hawaiian for grandmother.  She and Jeff also enjoy taking trips and spending time in their second home on Maui.  Her dad and several of her siblings live in Colorado Springs and Jeff and she enjoy spending time with them as well.